Many years ago, I applied for a job at a company that I really wanted to work for.

I was so excited when I received the invite for my first interview and even more excited when, after a few more rounds of interviews and weeks of waiting, I landed the job.

I was proud, happy, and ready to give my all at the new job.

And then the story, which I’ve also heard from many other people in the meantime, began.

Negative experiences start adding up and lead to people becoming more and more dissatisfied until one day, we leave the job that we were so excited to start and were initially ready to stay at for a long time.

According to Gallups State of the Global Workplace study published in 2021, around 85 % of employees worldwide are not engaged or actively disengaged in their job.

Which correlates strongly with my own experience but is also preventable, in my opinion.

There’s a whole lot that can still be improved in many companies, but today, I’d like to talk about 3 basic psychological needs, based on this study, that need to be met for people to be happier, and ultimately more engaged and productive at work.

And with each of those, I’m going to explain what they are and share a few ideas for meeting those needs at work.

Competence is all about using and growing your talents and skillset, and as a result, having a sense of accomplishment.

I think that competence is where a lot of people go wrong, to begin with.

Many people are unaware of their talents and skills, or if they are, they still don’t act according to what they know.

And that was definitely the issue for me.

We often choose a career path because:

And don’t get me wrong, some of these are valid reasons, depending on your goals & values.

But for many of us, we end up being unhappy and have to drag ourselves to work every day, which, in my opinion, is not how it’s supposed to be.

“Far too many people spend a lifetime headed in the wrong direction.”

This is where strengths-based work comes in, which is: Doing work that’s congruent with your talents, strengths, and values and having the ability to be yourself.

To figure those out, I think that it’s extremely helpful to do the Gallup CliftonStrength test.

They also provide the following formula for developing a strength:

According to Gallup, people who do strengths-based work, have several times more potential for growth when developing strengths. They are also 6 times more likely to be engaged and 3 x more likely to report having an excellent quality of life.

“You cannot be anything you want to be – but you can be a lot more of who you already are.”

Autonomy in this context means being able to act according to who you are and going in the direction you want.

Again, for all of these, it’s essential to get to know yourself.

I always tell the story of my past manager who told me to slam my fist on the table and be more loud and pushy. And I knew back then that something was very off with his advice but only realized a few years later how unlike me that is and how I wouldn’t want to behave that way.

And that’s where not only personality but also personal values come to play. I’ve found it really helpful to just go through a list of values and circle 5-10 that are important to me.

That’s something you can always come back to, and when someone tells you to be loud and pushy, you can confidently say: no, thank you, that’s just not who I am.

Another thing that falls under autonomy is independence.

It’s being able to act according to what you see fit and to make your own decisions.

This is why micro-managers are the killers of all joy and happiness in the workplace, in my opinion.

Relatedness is the last of the basic psychological needs, and it is connecting and feeling significant to others.

People often say that your coworkers are not your friends, but I honestly don’t agree with that.

Obviously, you won’t be and don’t have to be friends with everyone but having at least a few close and trusted relationships at work goes a long way.

I’ve noticed that a lot of people approach work as a place that has to be uber professional and emotion-free 24/7. I think that this approach creates the opposite of trusted relationships.

In my experience, asking people about their lives outside of work and opening up about yourself is often all it takes to not only start building relationships but to also collaborate better.

In the end, if you don’t know how people tick, what motivates them, or what’s currently going on in their personal lives, how are you supposed to understand their behavior and collaborate peacefully and effectively?

The last aspect I want to mention, which helps create the feeling of being significant to others, is appreciation.

“A person who feels appreciated will always do more than what is expected.”

YOU MAY ALSO LIKE: HOW TO START BEING MORE FULFILLED AT WORK.

I am based in Berlin, Germany, and currently work as a team lead, coach & content creator, combining the best of all worlds. 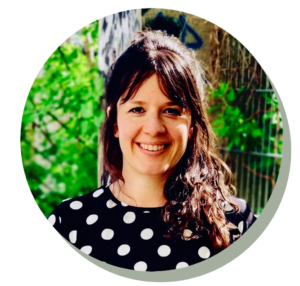 I empower individuals to become the happiest version of themselves and live the life they want to live.